It’s a scene all too familiar to many of us: the unsettlingly dim lights and artful symmetry of an empty metro car. Poles recently gripped by weary travelers now stand empty. Seats once occupied by tired commuters now sit vacant. How many lives and stories and adventures have passed through this metro car? There is an eerie quietness about the emptiness of it, but an unassuming comfort, too. And if you look at this photograph for too long, you can almost feel yourself nodding off to the gentle hum of the track, covered by the blanket of darkness shrouding the windows.

“The Slow Fast Lane” was captured by 27 year old Swedish photographer and self- professed dreamer, Martin Bohm. The ability to capture so much feeling in a single photograph of an everyday metro car is not an easy task, yet spicing up the everyday is something that seems to come naturally to Bohm. Musing about his hometown of Västerås, Sweden, Bohm describes it as a place “where everything seems perfect, but it’s not...where everything needs to be extremely normative, but you’re not”. Caught in the crossfires between a normative life and one with the potential to be “wild and free”, Bohm unapologetically chose the road less traveled. Photography is more than a selfish endeavor for him; it’s a way for him to beautifully rebel against the notion that feelings and culture and youthful perspectives are not worth pursuing. It’s a subtle nod to his hometown and a reminder that everything is not perfect...and how that’s okay. That’s what makes life - and even the most normative of scenes - worth appreciating.

The complexity of this photograph exists largely in how much meaning can be ascribed to it, yet Bohm states that when he took the photograph, “[it] didn’t mean too much from the start”. He was simply heading home from a weekend with friends in Stockholm when he hopped on the metro (and majorly lucked out by scoring an empty car). “I just thought it looked timeless and tranquil...I didn’t have any agenda or emotional connection to it”. But Bohm is an artist who pushes himself to find inspiration in the mundane, and hopes to inspire others to do the same. “I’m sure that all ordinary things are exotic to someone...Try to go out and shoot in the rain when everybody is hiding at home or go out in the middle of the night when everybody is sleeping. I’m sure you’ll capture some scenes that most of us would never notice or experience otherwise”.

The popularity of this piece certainly surprised Bohm. Although he originally didn’t quite connect deeply with the photograph, his appreciation for it has grown. “The whole experience has just taught me to respect different kinds of art more. The fact that a quick moment, passing me by without much notice really could be meaningful for someone else inspires me. With this in mind, I give every scene I encounter the love it deserves even if it’s not my usual cup of tea”.

“The Slow Fast Lane” is a photograph with a lot of heart and a lot of feeling. Rooted in cozy nostalgia and subtle protest against what is expected, it is no surprise that this piece has been a crowd favorite since its launch on Kolla. Bohm concludes by thoughtfully pondering the reason for this particular photograph’s popularity. “Maybe a relative or family member used to ride this train during their childhood, maybe it symbolizes a part of Stockholm or a part of the past, maybe you like the color scheme or maybe you just see it as a way of transportation. No matter the connection, I think it might have hit a vein of nostalgia, and who doesn’t love nostalgia?”

The Slow Fast Lane is limited to an edition of 500 and has at the time of writing this sold in over 400 copies. Once sold out, this piece won't return to our selection. 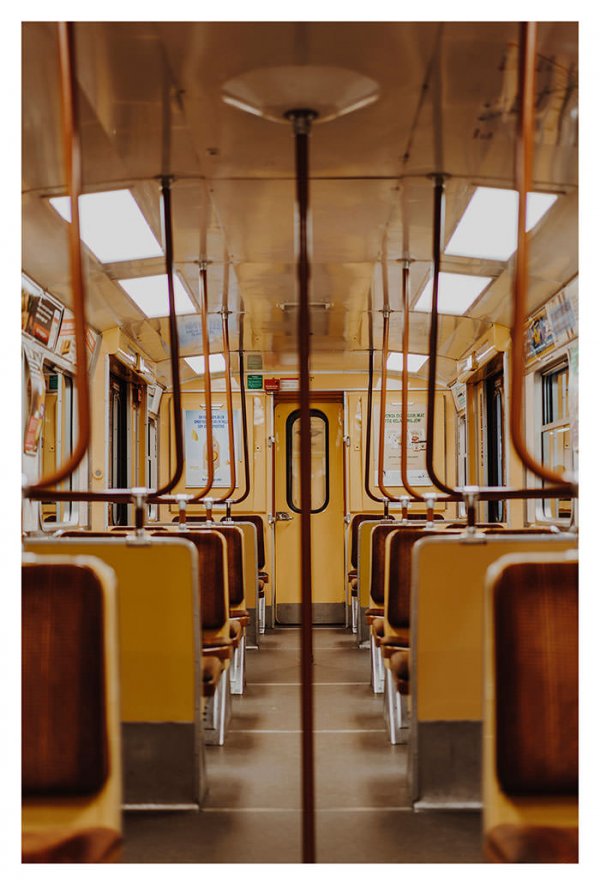 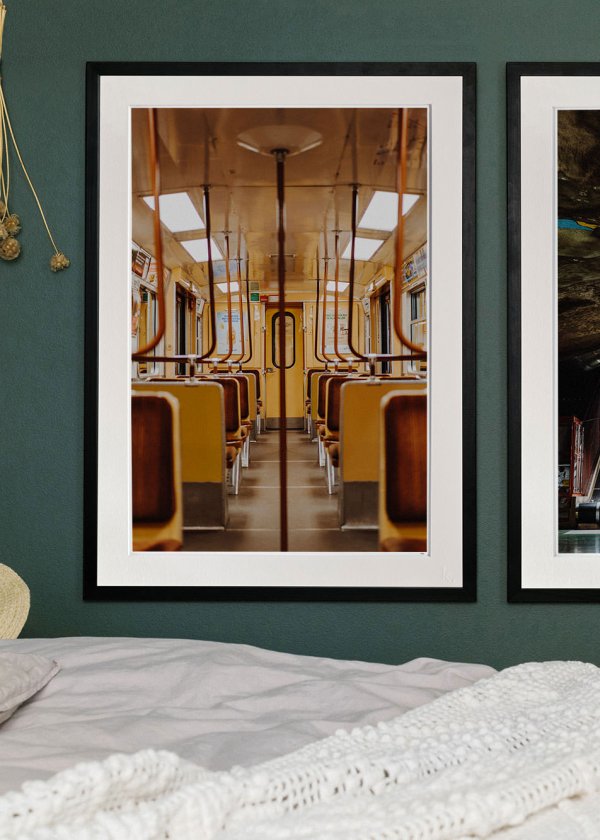 Kolla X Sthlm is our love letter to the city. It’s our way of discovering what the very best...

Welcome to the Kolla X Sthlm Gallery in Stockholm.

We're located at Sergelgatan 10 in the heart...