Skip to main content
Your shopping cart is empty.
Production usually takes 1-2 working days
SHIPPING — 9,90€ on all orders in Europe

Limited editions and always made to order – View all Stockholm art

Today we at Kolla release a new collection by Belgian photographer Robin Vandenabeele! Vandenabeele is a photographer who through his work really expores the borderlands between photography and digital art, and puts his own spin on well-known sights. His work has been seen both at solo exhibitions as well as on book covers and in multiple publications.

Vandenabeele's signature style of double exposure makes his work immediately recognizeable anywhere, and gives his photos a unique and playful look which really is a breath of fresh air in the world of photography.

Scroll down to read Vandenabeele's own words about his work and this collection, and have a look at his images, which really give us a completely new view of Stockholm.

How did you first get into photography?

I was born in Bruges in Belgium, a well-preserved medieval town UNESCO World Heritage status, and I grew up on the countryside surrounding it. I was always either reading or playing outside as a kid. Being a heavy reader as a kid, I was at a later age also introduced to graphic novels, comics and art books. I would visit secondhand book shops everywhere looking for a missing copy of a Moebius comic or obscure magazines and assorted weird nerdy stuff. I really enjoyed and digested all that available art and wanted to contribute something. I found then that drawing was not for me, but the itch to create something of my own stayed. As a young adult I started working as a freelance stage technician and constructor and started traveling a fair bit in that position. That is when I bought a secondhand Praktika MTL with screw-on lenses and started shooting black and white film, for souvenir purposes initially.

had some interesting results from my first tryouts and continued from there. I loved experimenting with the medium, and I soon switched to color photography, mainly to be able to cross-process slidefilm so it would turn out as a negative but the resulting photo would have a punchy color cast and exaggerated contrast. The Praktika soon gave out (I screwed the lens on in the wrong way and it was stuck), and I switched to a Pentax MZ-5. To this day I use that same Pentax film camera, alongside my digital fullframe K-1, and both are fully backwards compatible with all my lenses so I have a really nice collection of those to use in my quest for paradoxical architecture. I also mess around in medium format and with toy cameras but no apps. I started pushing my photography and participated in some contests but soon lost interest because of the immense competition. Around that time I got accepted to submit image material to Arcangel Images (Arcangel.com), a high end image library catering to book publishers. There are about 25 novels out there that have a photo of mine as their front cover and I am still a loyal contributor. Sometime later my double exposure works were also shown in galleries, on board luxury cruise vessels, and used in various interior design projects.

These days it is a Pentax K-1 body and Pentax 15-30mm f2.8, Sigma 50 mm f1.4, Samyang 85mm f1.8 and f2.8, Tamron 70-200mm f2.8 but I have also done parts of my double exposure project with toy film cameras and medium format film cameras. I love playing with different lenses. Using a very wide-angle lens in a large modern cityscape can bring out amazing results. A telelens can yield nice results too when focusing in on details or when far away. I have recently built a rig around my camera so I can now mount it upside down on my tripod as well, for shake-free nighttime exposures using a low iso. I recently did a couple of nightly photo walks with the contraption in my hometown Ghent, so far with good results.

Your work is so fun, fresh and inventive, especially in contrast to the more “serious” and documentary style that many other photographers gravitate towards. Do you think your style and approach mirror your own personality in some way?

I realized at some point, early on, that I would never become as famous or make as much as those masters of photography I had been looking up to while studying the history of the medium. There was also the degradation of the whole photo market with the advent of commercial internet and cheap digital cameras. All the large image banks were decimated by the royalty free model. Freelance photographers were thirteen in a dozen and (photo) journalist positions everywhere were cut dramatically. So I decided to pursue photography purely for myself, and thought that when I got good enough, I could try alternative ways to share with others and to sell and publish. After a lot of experimenting and travelling I finally found my double exposure style and I have been trying to slowly build a small market around it. I found one in the tourist influx in Bruges for instance, where I held a stable at an art market for a few seasons. I am a bit of an out of the box-thinker and this probably shows in the artworks as well. I like my photos to surprise, captivate and amaze myself and viewers and if I have to be fun, fresh and inventive for that to show through the works, so be it. I can live with that.

How did your signature style of double exposure come about?

I was walking around with a toy camera looking for street photography subjects in London. When the streets were empty, I turned my attention to the typical chimneys, stacked beside each other on those typical English roofs and thought their outlines might make a nice shape for a double exposure. I decided to make a measured, repeatable movement in-between exposures (180° rotation around the centre of the first exposure), so the resulting exposure would still be recognizable. After developing the negatives and looking at the proofs, I found that when I got the centre of the rotation exactly right, I could make surprisingly graphic photos that were quite abstract whilst still recognizable, and I really loved it. I have kept on doing these double exposures everywhere I traveled and now, almost 10 years later, have an archive of thousands of double exposures from all over the world. I believe it adds enormously to my own creativity because it is a constant source of new wonder and amazement.

From perusing your work on Instagram, you seem to travel quite a bit, for example to Sweden – so how did this Stockholm-collection come about?

Travelling for work as a stage technician has landed me in various cities around the world every summer since 2003. The Stockholm pictures were made when I was working on a Robbie Williams tour and he played at Globen. I went into town with my bike every single moment I had off and explored and photographed as much as I could, and that is when I produced this series of Stockholm. However, like most people, I have not traveled a lot the last year, but I have managed to do near daily photo walks in my then hometown of Bruges, which offers a lot of photographic potential. Any place can be looked at with curious eyes.

What draws you to particular scenes? Where do you typically find your inspiration?

I find my inspiration by looking around, but for sure I will try to aim to go to eye-pleasing places. However, I can very often just wander around and get lost somewhere for hours as well. I also love navigating through cities and areas with regular maps, I find that automating too much with smartphones and apps leads to the near elimination of coincidence, and I happen to greatly appreciate coincidence, it adds so much to the beauty of life.

Mostly, inspiration comes from the architecture or subject itself in combination with the light of the day. I love shooting impressive landscapes, old architecture, modern architecture, but really it is about the play of light and shadow that catches my attention and triggers the creative mind into wanting to see what that sight would look like fused with an upside-down exposure of itself. When I have an interesting site for a photo walk, I will definitely zone out and be wandering around photographing everything all the time for hours on end. Then I usually come home with about 300-400 double exposed images, so that is 600-800 shutter clicks. That is quite a lot for an afternoon, but anything can be a subject if you are in the right creative mood and there are subjects abound. These then get narrowed down to 20-40 images. I have had to put my feelings to the side several times already to be able to discard images that were looking too similar. But it is important to edit tight if you want to end with a strong series.

Do you have any words of advice for other photographers seeking to push the envelope a bit?

My best advice would be to have fun with what you are doing and continue to make works around themes that you like to make, and expand on them, and experiment with gear and style. My second-best advice would be to start working on series of images. I used to have dozens of great but unrelated photos. Now I have a whole body of work with a distinct feel to it. It makes a world of difference when you want to show your work to publishers or image banks. And play with your gear, look up its possibilities and limits, the better you know your gear, the faster you can react to an opportunity for a great shot.

Robin Vandenabeele's collection really gives us a unique point of view of Stockholm, and shows us something we have not seen before. With his experience in the fiels and technical expertise, he really has managed to find a style that both surprises as well as enhances the beauty of familiar and well-known cities and landmarks. It really is the type of photo art that lifts your mood. Shop your favorite artwork from this exclusive collection before they sell out!

See all photos by Robin Vandenabeele

And for 10% off on your first purchase, subscribe to our newsletter! 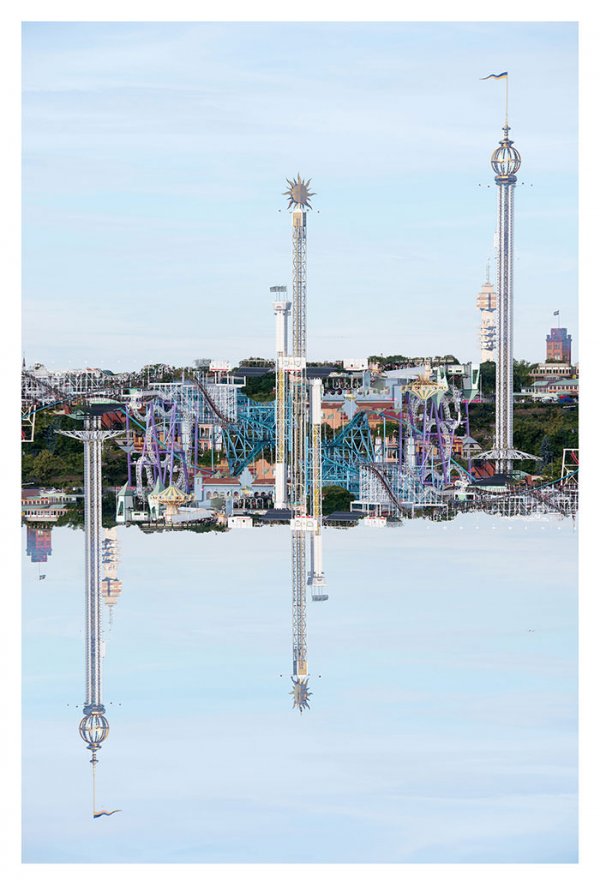 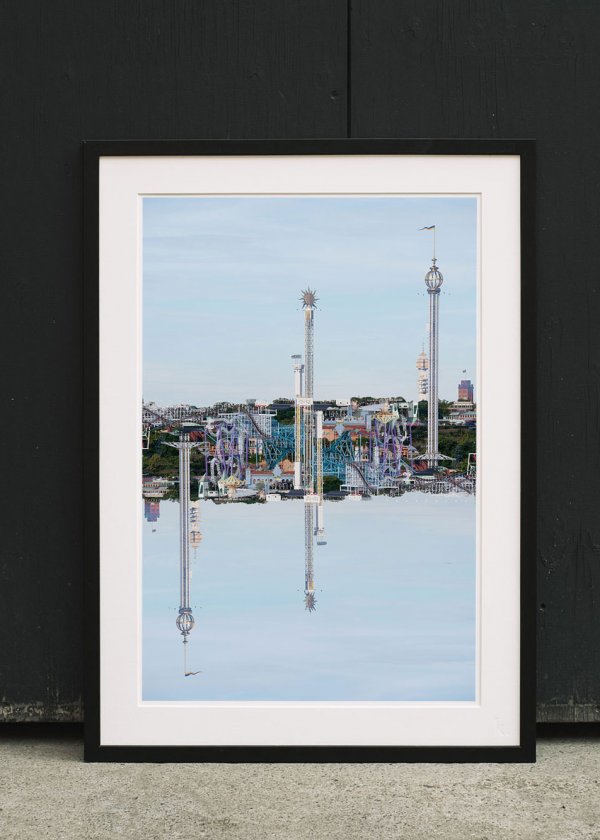 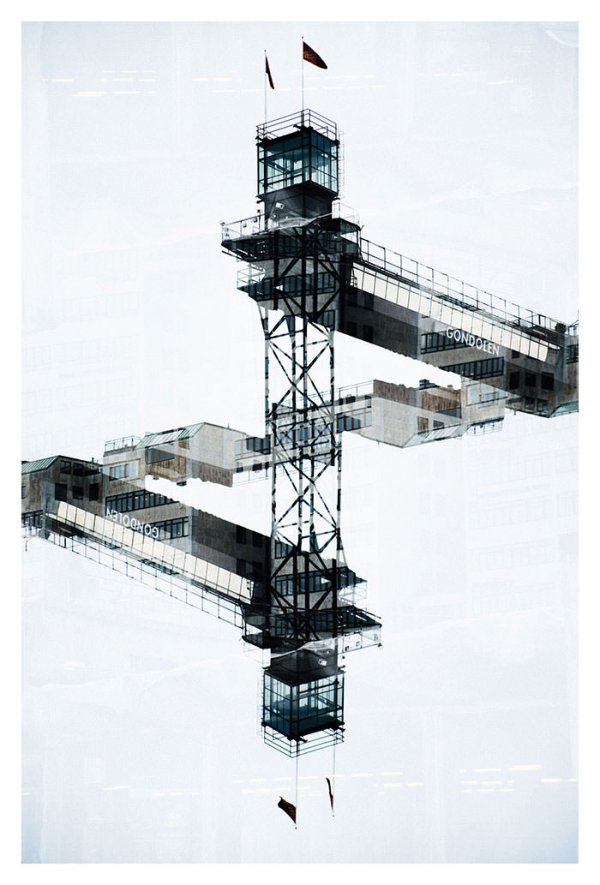 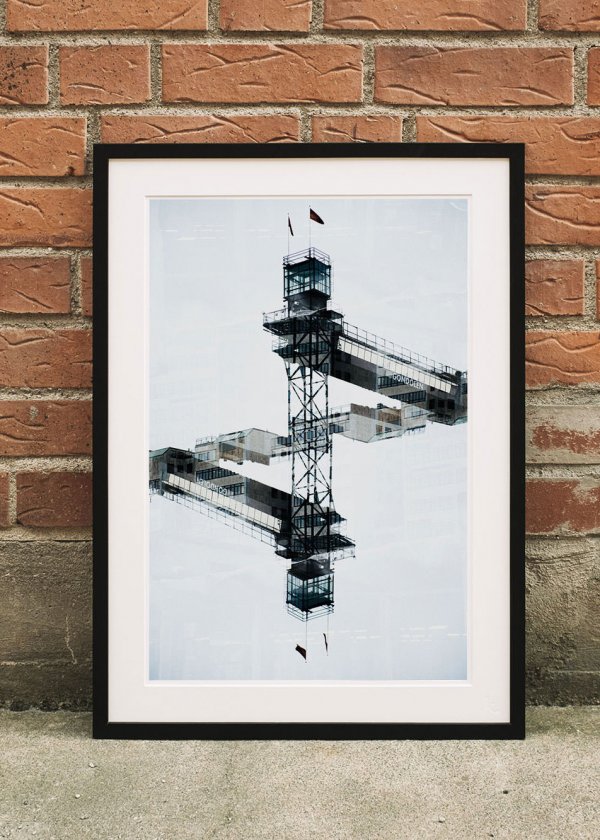 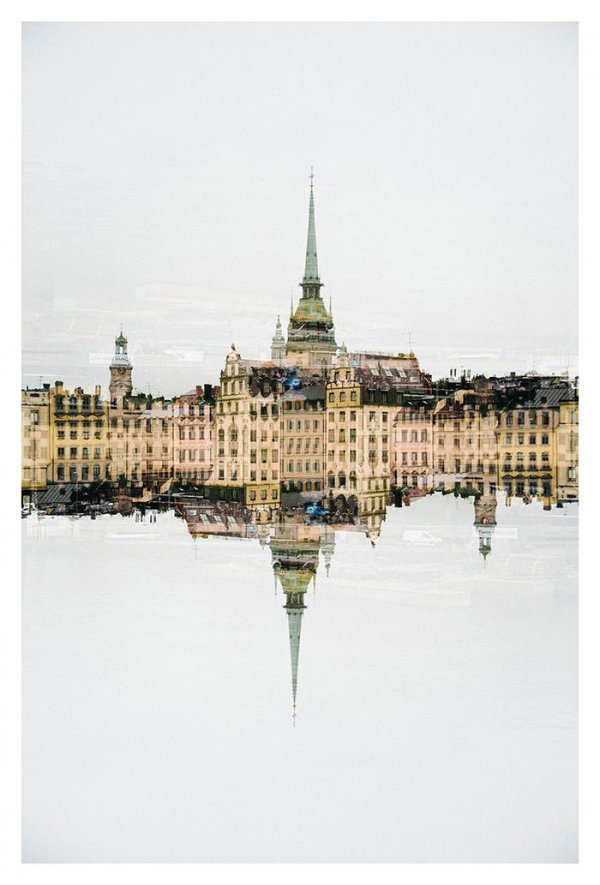 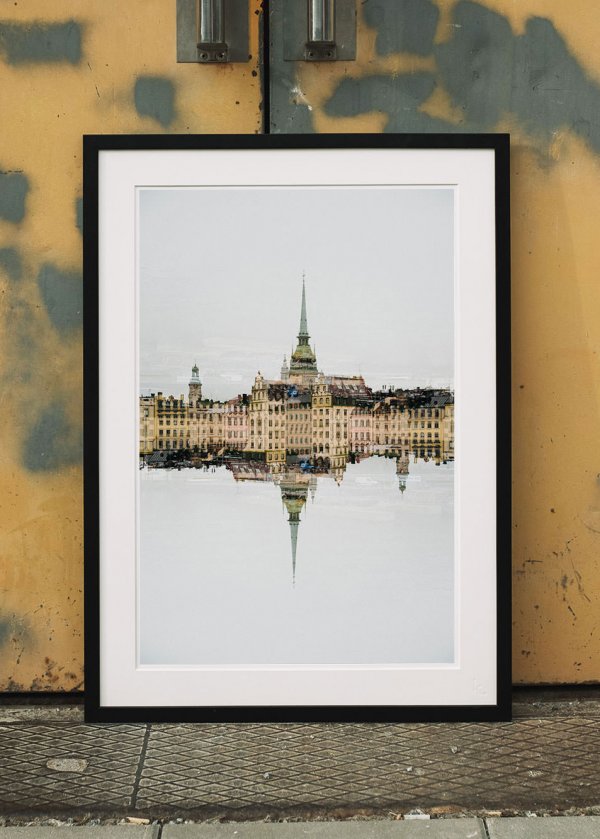 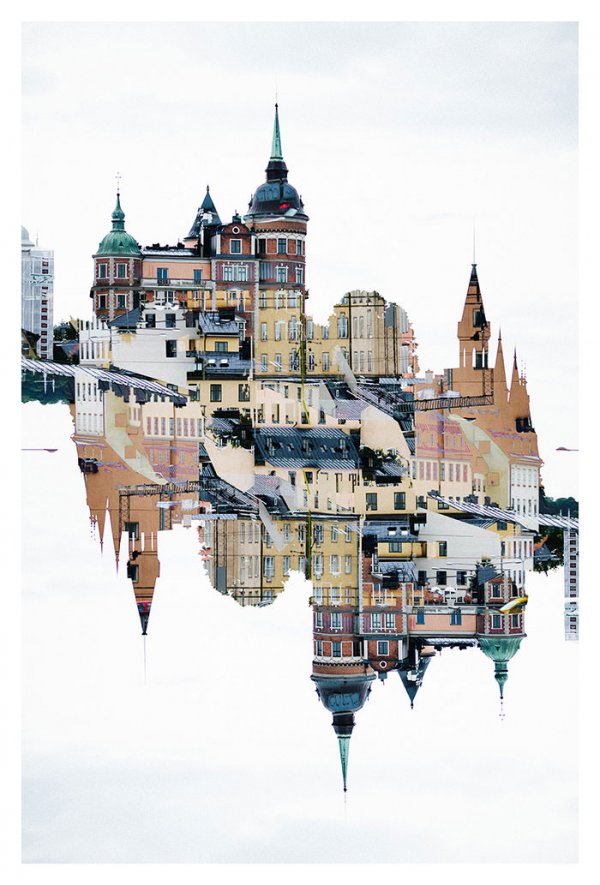 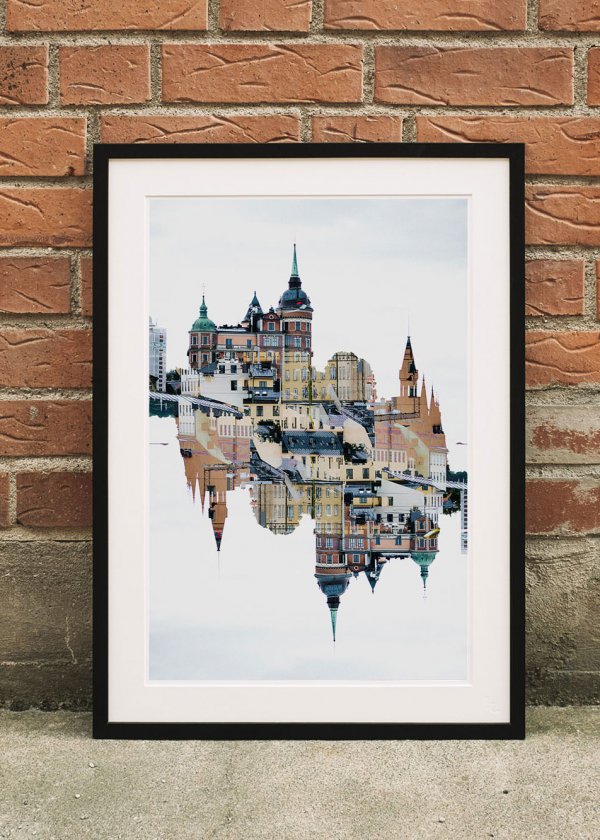 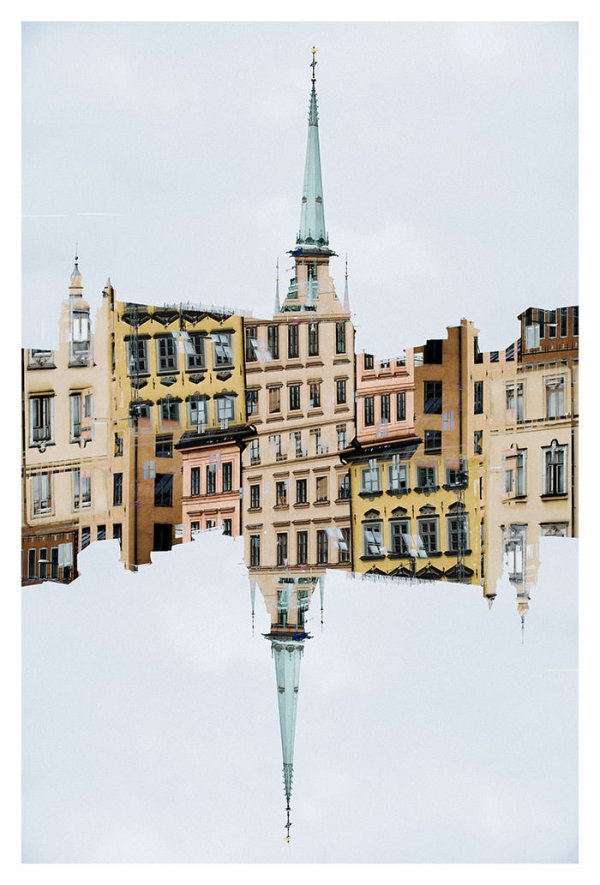 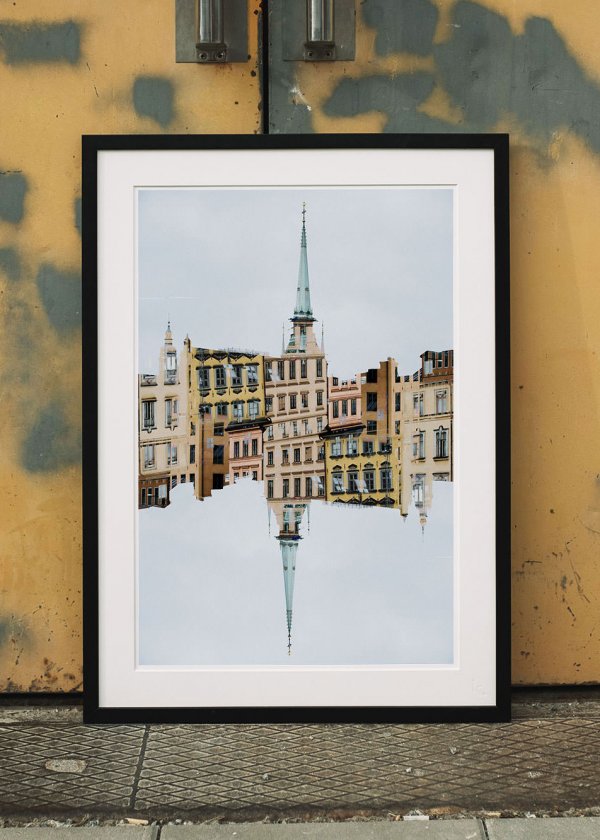 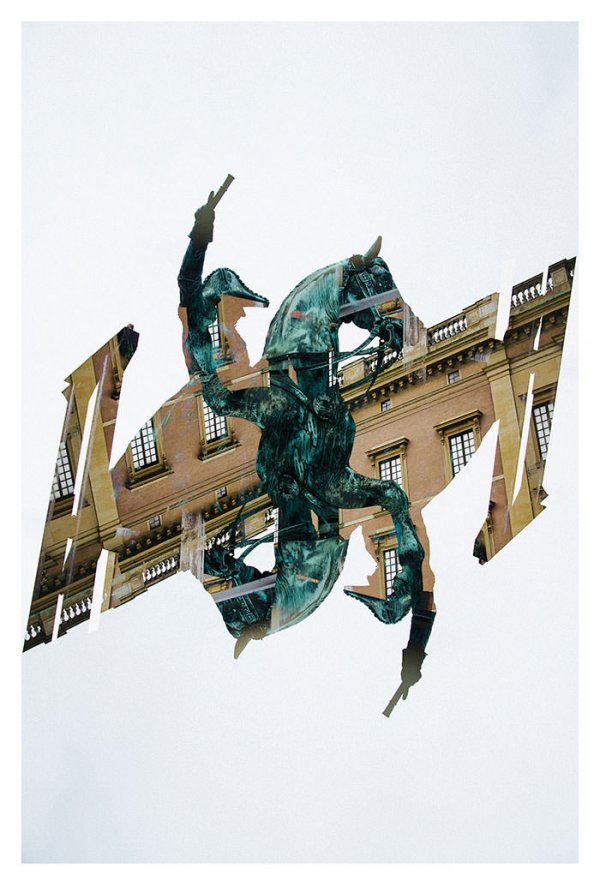 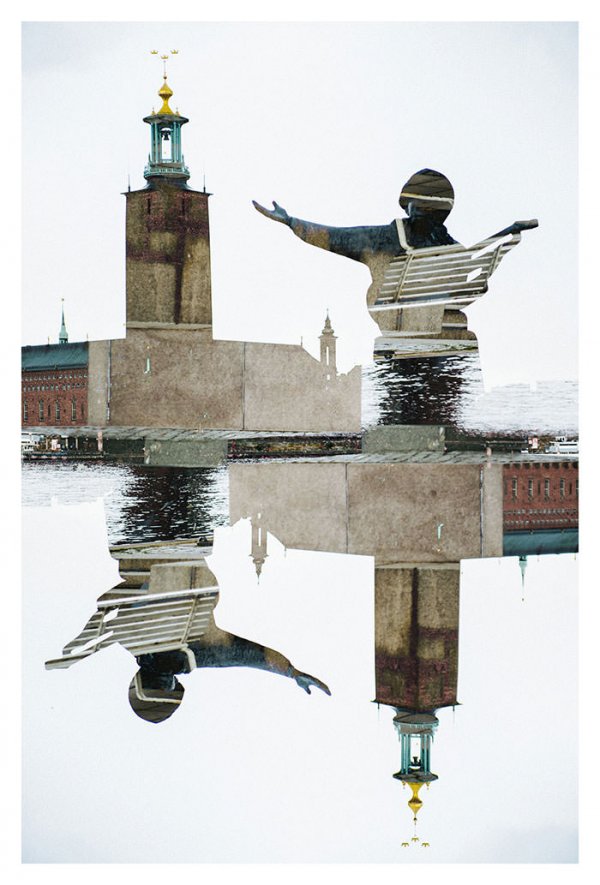 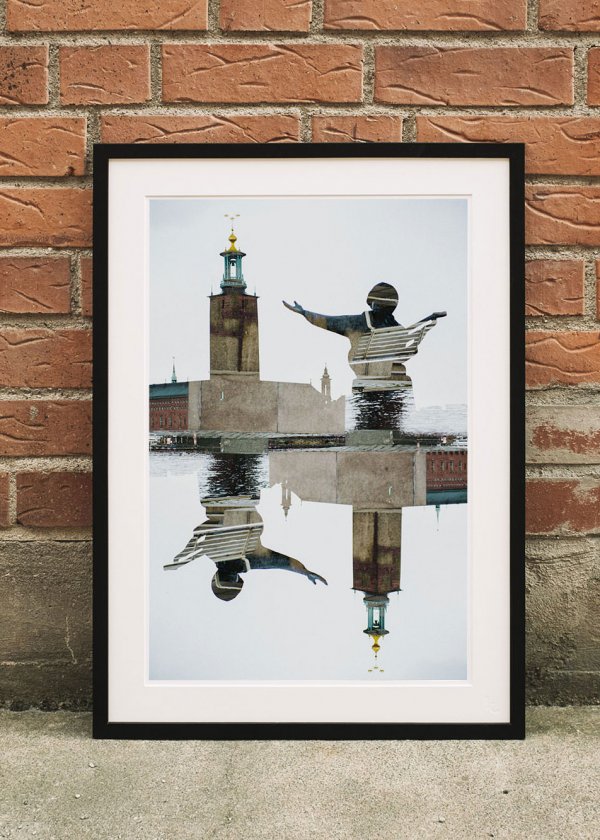 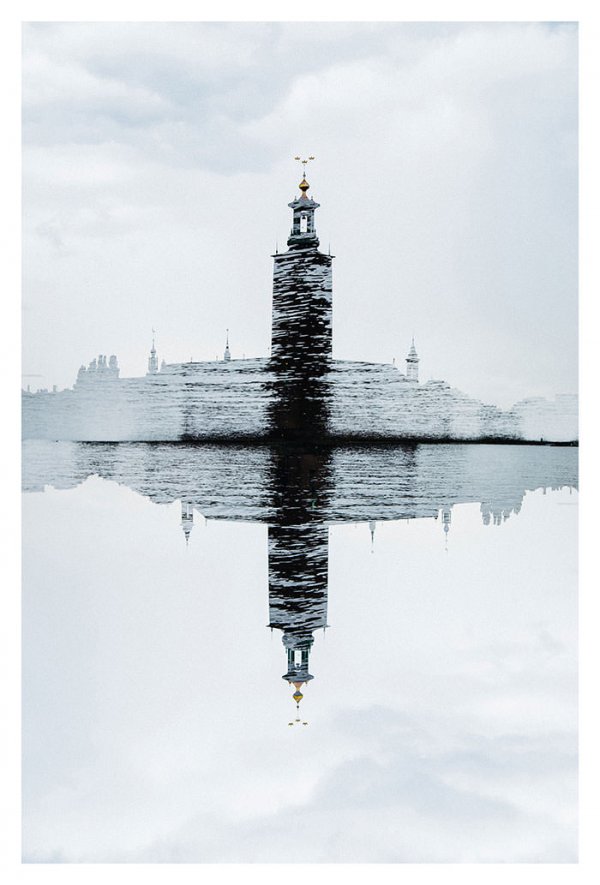 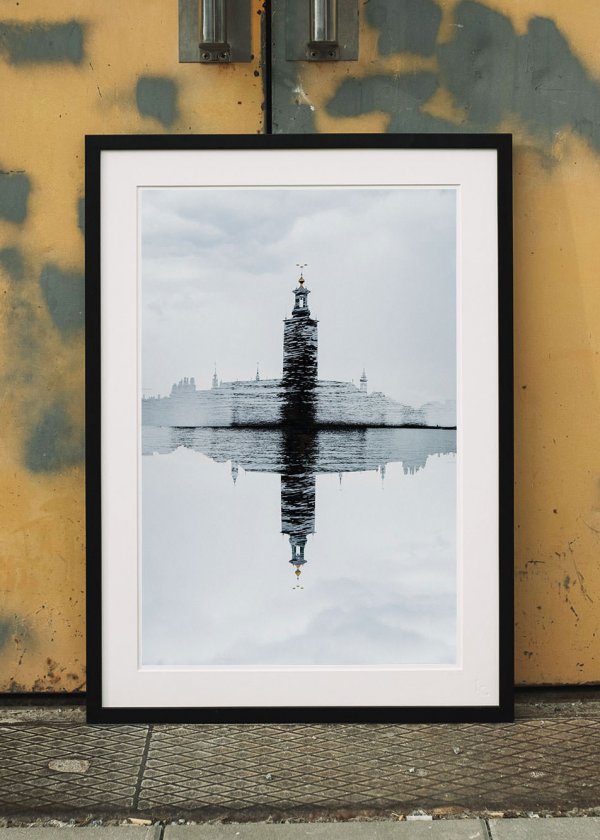 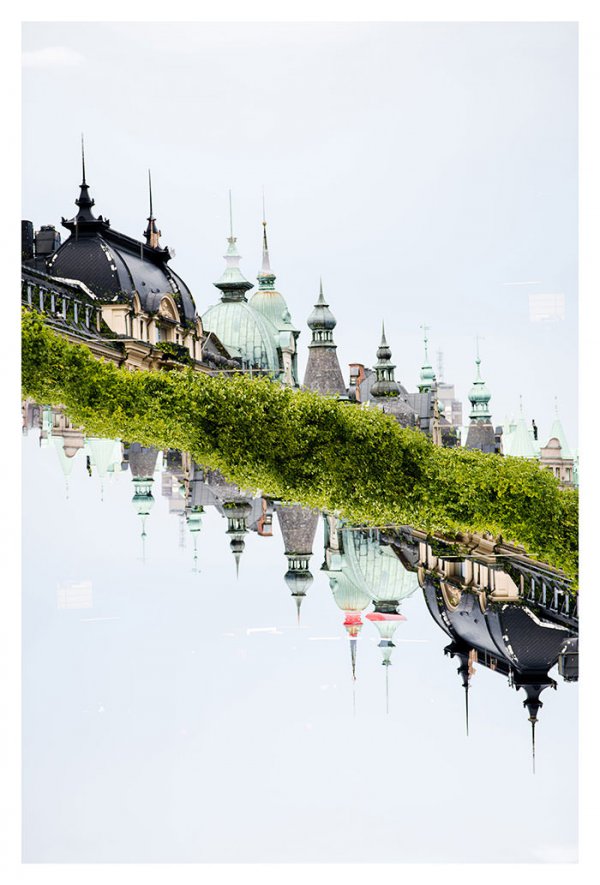 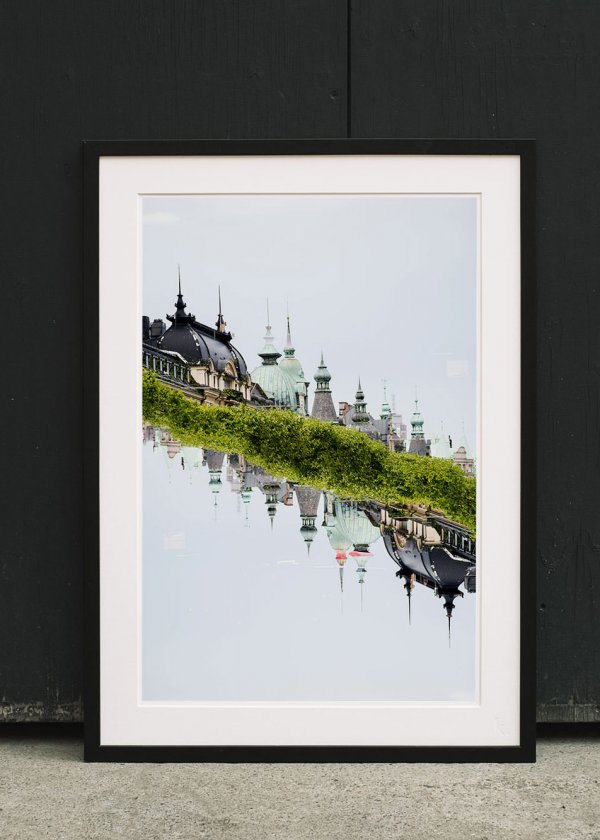 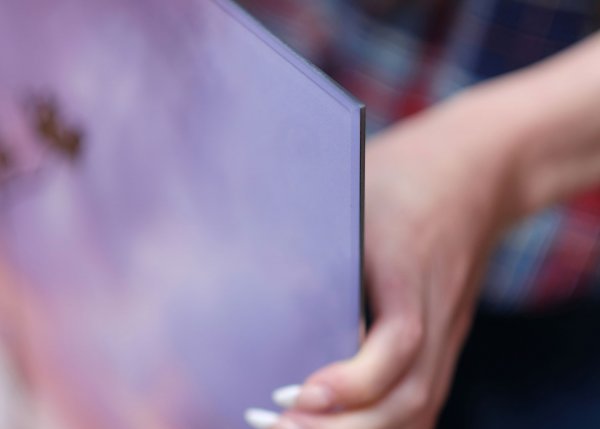